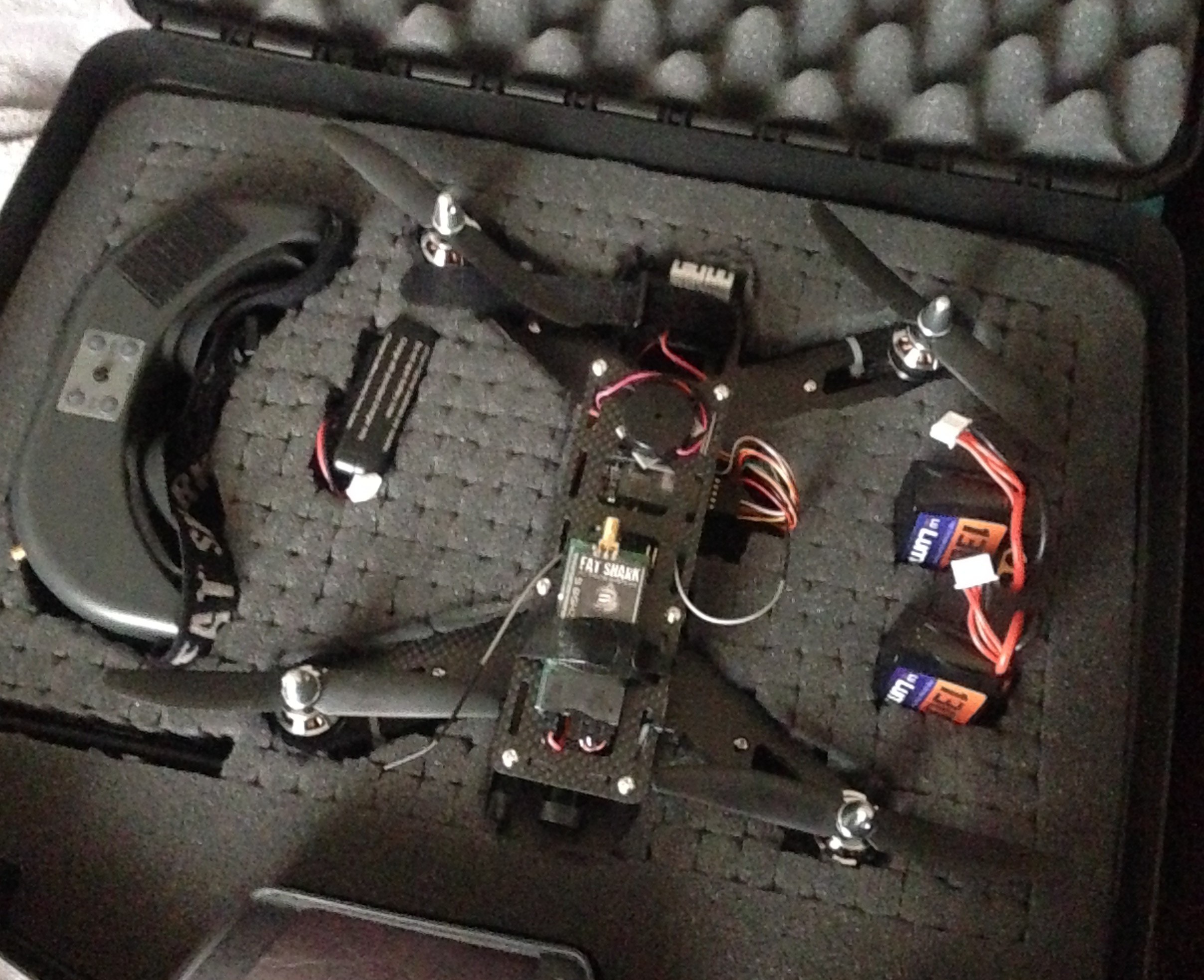 I’ve been doing robotics research with quadcopters for a couple of years, but a few weeks back I finally put together my first personal quad: a QAV250.  I first saw these little racing quads in this video and immediately knew I had to have one.  My build is pretty standard, and all of the parts can be purchased from getfpv.com.  I grabbed a FatShark FPV system from here and a GoPro mount from here.  I also upgraded to some circularly polarized antennas which are more robust in terms of signal strength when the quad is tilting.  The video below shows part of a run, where I had the throttle pegged at full thrust just to see how fast it could go.

The video cuts out early because I didn’t realize there was only 4 minutes of storage space left on the GoPro, but there’s enough video to show it goes pretty damn fast.  Between 1:52 and 2:06 it travels about 260 meters (as measured on Google Maps), which is a speed of 18.6 m/s or 41.6 mph.  As expected, this drained the battery pretty fast.  It only lasted about 5 minutes, compared to the usual 10-12 minutes flying normally (with the GoPro mounted).  I actually ended up killing the battery by accident since I didn’t realize it had gotten so low and I couldn’t hear the low voltage buzzer from that distance.  Luckily, I was able to land it safely when I noticed the power cutting out.  Two batteries later, however, I had another hard landing which ended up ripping the SMA connector off of my video TX.  Apparently, this happens all the time (if you’re an idiot – aka me – who doesn’t provide some strain relief for the connector).  Even if the pads are ripped off of the PCB, the fix is simple enough.  Just use a razor blade to scratch away at the top of the PCB near the original pads to get to the trace underneath and re-solder the connector.